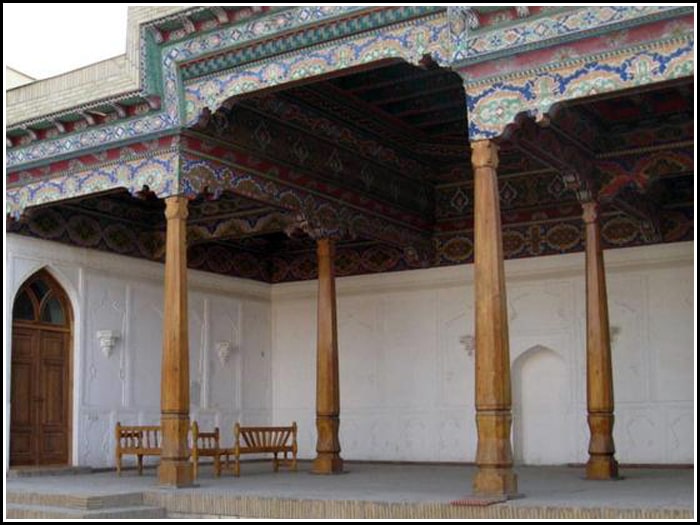 Day 1: Dustlik - Fergana
We are glad to see you on Uzbek treasure 4. Tours are supposing to be perfect with us. You will meet the group at Uzbek side of the border. Transfer to Fergana hotel.

Day 2: Fergana - Kokand - Margilan - Tashkent
In the morning we will travel to Kokand city. On arrival, you will visit Khudayar Khan Palace. It is ancient monument of architecture that flawlessly mixed all kinds of traditional arts and crafts, Modari Khan Mausoleum, constructed for the mother of ruler of Kokand Umarkhan, and Norbutabi Madrasah which was the utmost spiritual school in Kokand in the 19th century. Later on we will continue our tour to Margilan. Here you will visit Silk producing factory. Silk produced from the feeding of the silk worms with mulberry leaves, by dyeing with natural vegetal and mineral dyes, to the interlacing of the final cloth. In the evening is transfer to Fergana train station. Departure to Tashkent (16:00- 20:25). Night is in a hotel.

Day 3: Tashkent
The tour will start by visiting the Independence square. It is placed a symbol of victory over fascism in World War II. We will walk along the local Broadway located near the Independence square and Amir Timur square. Afterwards we will visit the famous Tashkent metro. It is worth saying that the first line was opened in 1977. The tour will be continued visiting the Chorsu Bazaar, Kukaldash Madrasah and Hast Imam complex where we can find madrasahs, mosques and mausoleum. It is worth visiting the Othman Quran which is the world's oldest Quran copy found in the 8th century. Quran was a part of Othman Ibn Affan, the Third Caliph who is the four virtuous Caliphs who prospered the prophet Muhammad. Othman was killed by unknown in the 8th century where his blood poured on it pages of the Quran. Transfer to a hotel for rest.

Day 4: Flight
Transfer to airport. End of Uzbek treasure 4. Tours spent with you were incredible!


Service does not include:
- Visa
- Full board
- Travel insurance
- English speaking guide
- Entrances to all museums