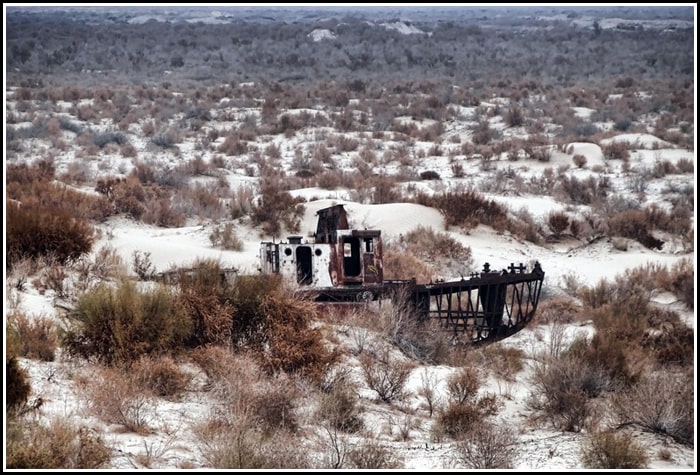 Day 1: Tashkent
Our company is always having interesting offers for tours. We are ready to make your Uzbek treasure 7 - incredible! On arrival, you will have an idea to visit the Independence square dedicated to the victory over fascism in World War II. Walk along the local Broadway as well as to the famous Tashkent metro. In the afternoon, you will visit the old part of the city as Chorsu Bazaar, Kukaldash Madrasah and Hast Imam complex of several madrasahs, mosques and mausoleum. The tour will be continued to the sacred Othman Quran as the world's oldest Quran of the 8th c. The holy book of Quran dedicated to Othman Ibn Affan, the Third Caliph (of the four blameless Caliphs who flourished the prophet Muhammad), but he was killed by non-muslims in the 8th century. Overnight is in a hotel.

Day 2: Tashkent- Nukus (morning flight)
Morning flight to Nukus. On arrival, you will have the city tour and visit the Museum of Savitsky which shows the work of art. Museum amasses 20th century Russian avant-garde paintings, works of Sokolov, Komarovskiy and Amaravella group. The keeper of the Karakalpakstan state museum of art collected the artworks in 1960s. He got forbidden works from maltreated soviet artists. He conserved and unveiled them in this remote central Asian art-house. In the afternoon, we will drive outside of Nukus to see Mizdakhan necropolis which used to be ancient city centuries ago. Its findings long-established that area was incessantly seized from the 4th century BC till about 14th century AD. Rest is in a hotel.

Day 3: Nukus - Kungrat - Sudochye - Aral Sea (420 km, 9 hours)
We will drive to Aral Sea via Nukus - Kungrad - Plato Ustyurt - Sudochye Lake - Aral Sea. On the way we will stop at Gaur Kala Fortress of the fourth century B.C. The walls of the fortress, the height of which outdoes ten meters, are fenced by the well-looked-after till our days a few locks. On arrival to Aral Sea you will walk to explore the environments. Overnight is in comfortable tents.

Day 4: Aral Sea - Muinak - Nukus (440 km, 9 hours)
After breakfast you will visit charming canyons of Ustyurt and drive in the direction of Muinak from side to side the dried bottom of the sea. The town of Muynak is one of the conspicuous examples of the biological catastrophe in the region. It was once the largest Karakalpakstan's port and Aral Sea center of fishery. On arrival in Muinak visit the cemetery of ship in ex-shore of the Aral Sea and town museum. We will drive to Nukus and rest in a hotel.

Day 5: Nukus - Ayaz Qala - Tuprak Qala - Khiva (290 km, 6 hours)
In the morning we will drive to Khiva where we can learn more about the history of the legendary Khorezmshah's State with its capital in Urgench long ago. In the 10th century Khiva is declared as a foremost trading center on the Silk Road. The caravans had a stop here on their way to China and back with moving string of camels with baggage. We will visit two famous fortresses as Ayaz Qala and Turpak Qala. Ayaz Qala is a prehistoric castle of Khorezm, named on behalf of legendary warrior-slave Ayaz who was a Turkic folklore hero. Fortress dates back II century AD. Tuprak Qala, means ‘clay fort', was the majestic city of Khorezmian leader Artav. Archeologists title that fortress was built in 1 or 2-century AD. It was engaged until 6th century AD. On arrival to Khiva, night is in a hotel.

Day 6: Khiva - Urgench - Tashkent (flight)
Today you will have the city tour in the oldest city of Uzbekistan. Travelers will enjoy inside of Ichan Qala, the inner city in Khiva smoothed with sturdy walls. Times old sound buildings, palaces, mosques, Madrasahs, Mausoleums, Minarets, Caravan-Sarais and Bathhouses malformed Ichan Qala into exclusive city-testament. Ichan Qala entails of over 400 traditional dwelling houses and about 60 architectural monuments. In 1969 Ichan Qala was nominated an ancient and architectural preservation area. The most extraordinary sites in it are the Kunya Ark fortress of the 17th century, found by Muhammad Arang Khan, Kalta Minor minaret and Tash Khouvli palace, a farfetched sample of Khorezm architectural heritage of 1830s. Afterwards is flight to Tashkent. Transfer to a hotel.

Day 7: Tashkent - Flight
Transfer to airport. Uzbek treasure 7 is over. We have no doubt you impressed on tours!