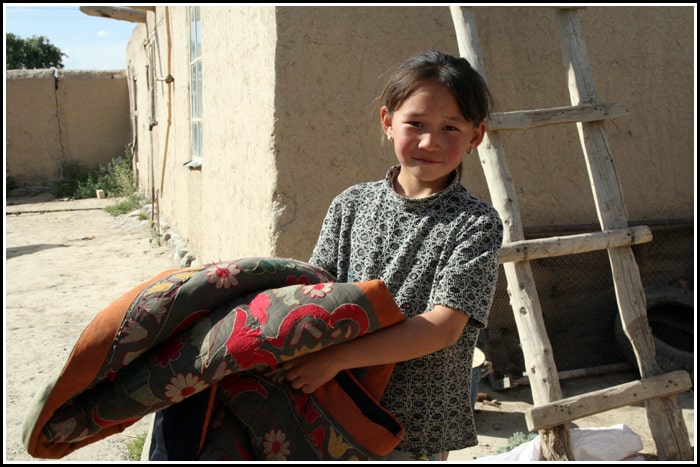 Day 1: Almaty - Issyk Lake - Almaty
Upon arrival you will start the Kazakh treasure 6 tour by driving to Issyk gorge that can be found along the Kuldja tract. You will explore the area that centuries ago witnessed the trading caravans.  On the way you will visit the State Historical and Cultural Museum-Reserve "ISSYK" to investigate the items that show the history and culture of the Saka period, including a copy of Golden Man and golden items, ancient ceramics, weapon, elements of horse equipment, as well as the model of Saka burial mound. After it you will continue your drive to an altitude of 1756 meters above sea level to see the breathtaking alpine Issyk that can be found in the valley with the same name. You will be impressed to know that this sight was formed about 10,000 years ago and the reason for it is the powerful landslide that also made a natural dam of 300 meters in height. The site will meet you with the magnificent view of water surface as well as the Issyk Gorge. Moreover you will know the details of the natural disaster of 1963 while resting on the lakeside. Transfer to the hotel for overnight.

Day 2: Almaty - Altyn Emel
In course of the tour you will travel to Altyn Emel National Park. Tours to this site are very popular many tourists want to witness the famous Singing Dune. The height of this attraction is about 120 meters and a length of about 3 km. You will see it in one of the corners of Altyn-Emel National Park. Due to the pure sand during then windy weather the site start to create melody that resemble the organ music while on stormy its sounds more like a drum. On the top of this attraction you will enjoy the view of in the south the Ili River as well as purple mountains of Sogety and Boguty, looking out from the white peaks of the Ketmen ridge. On the west the is Big Kalkan and the Small Kalkan - from the east. In the north - violet-blue ridge of Jungar Alatau mountains, Chulak mountain, Matai and Altyn-Emel are visible. You will be able to hear the melody of the site for several kilometers. Transfer to Altyn Emel hotel for overnight.

Day 3: Altyn Emel
Today you will drive to next destination of the Kazakh treasure 6 tour at the Katutau and Aktau mountains. Katutau Mountains (Harsh Mountains) are known to be ancient and fragile mountains that saved the volcanic outputs. The rocks can break down by the physical force. This interesting site appeared due to the wind, water and time and wind.  Sedimentary rock of the bottom of the ancient Tethys Ocean is preserved there. You will see interesting shapes of the rock that were formed by the effects of environmental factors. Aktau Mountains (White Mountains) are famous among the world for being paleontological field where it is possible to find the remains of ancient animals the age of which are about 25-30 million years. It is possible to find the remains the giant rhinos, crocodiles, turtles. You will be impressed by the mountains that resemble the Egyptian pyramids with its huge amount of shapes and colors. Return to Altyn Emel hotel. Night is in the hotel.

Day 4: Altyn Emel - Charyn Canyon - Saty
In course of the travel you will have a stop to see the one of the most interesting sites in tours in Kazakhstan that is known as the Ash-tree Grove that can be found in the Temerlik River.  According to botanists these trees are over a thousand years old. Later on you will be transferred to one of the unique attractions of Kazakhstan Charyn Canyon. This sight of Paleogen is unique for many countries in addition you will see that this site has some similarities with the Grand Canyon of Colorado River in North America. But Charyn Canyon is a smaller in size. You will see the fancy towers that were formed by the wind and water due to which the fabulous "Valley of Castles" appeared. Departure to Saty village. Overnight is in a guest house.

Day 5: Saty - Kolsai lakes - Saty
Today you will drive to the sight that will amaze you. The Kolsai Lakes is also known as the "Pearls of the Northern Tien-Shan" due to the cascade of three lakes. Upon arrival you will see that the first lake is easy to reach in the car. Here you will enjoy the breathtaking view of the nature while resting from civilization and gathering the mushrooms. Upon arrival to the biggest lake you will have a short instruction before the hiking tour to Kolsai-2 Lake. Usually the road takes 3-3,5 hours one way due to the distance of 7 km. The first lake is located on the altitude of 1818 m above sea level while the second one is on the 2250 m. There is no category of difficulty and route is accessible for healthy, average-trained people. Here you will be able to witness the beauty of pristine nature. Then you will head back to Kolsai-3 Lake and driving back to Saty settlement. Overnight is in the guest house.

Day 6: Saty - Kaindy Lake - Almaty
In the morning you will have a tour to the Kaindy lake that is also known as the Birch lake. You will find this lake on the altitude of 2000 meters above sea level. The most interesting fact about this lake that is was formed due to the powerful earthquake in 1911. Moreover natural dam was formed and flooded the valley. You will see all the needles of the flooded trees due to the cold water. These trees are look like the masts of the submarine squadron. To feel the mysterious beauty of this lake you need to see it with your own eyes. After walking around the lake you will return to Almaty. Night is in a hotel.

Day 7: Flight
Transfer to the airport and departure.